12 UTC Norfolk Pioneers have tested their practical engineering skills by building two impressive bikes, in partnership with ‘Not about the Bike’ Norwich.

The 2 groups of 6 UTC Pioneers attended two sessions where they worked in teams to build a racing bike and a BMX from reclaimed spares.

The bikes then took pride of place on the UTC Norfolk stand at the Norfolk Cycle Show 2014.

The BMX bike was offered as a prize in a draw, which ran both on the school’s website and at the Spring Fling event at The Royal Norfolk Showground, proving hugely popular with over 28,000 entries received.

After receiving entries from as far as Scotland, the randomly chosen winner was Joshua Burgess, a UTC Norfolk Pioneer who coincidentally helped build the bikes.

He said he was really pleased to have won the competition, and that he was looking forward to starting his studies in Year 10 in September.

“I was really excited when I found out that I had won the bike. I am looking forward to riding it and have agreed to share it with my brother.”

‘Not about the Bike’ is a social enterprise community project based in Norwich, and is part of the National Cycling Charity, which aims to encourage and inspire people of all ages and backgrounds to experience the joys and benefits of cycling.

UTC Norfolk would like to extend their thanks to ‘Not about the Bike’ for assisting our UTC Pioneers. 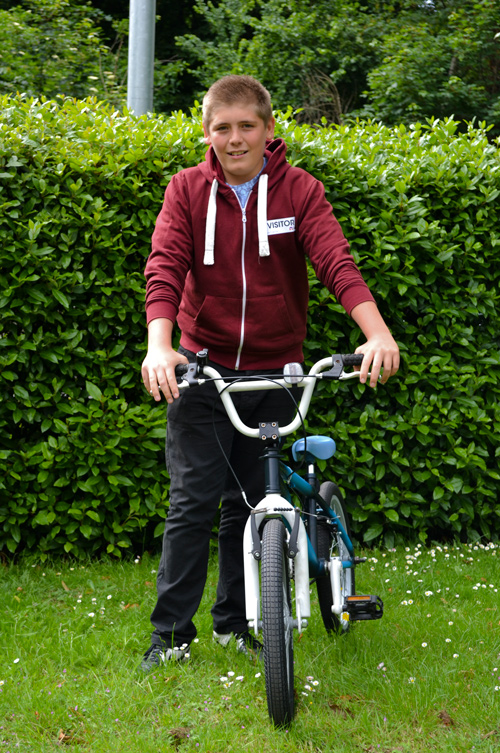