Latest News.
News & Events The Sky Is The Limit For Two Norfolk students .

As part of their desire to pursue careers in the aerospace industry, two 17 year old students from University Technical College Norfolk [UTCN] have recently attended the Space Tech Expo in Bremen, Germany.

When undertaking work experience earlier this year, the students Connor Hunter and Joe Veriod  worked on a programme developing a fully operational rocket launcher which, when tested by a Norfolk based company, performed perfectly.

Joe Veriod said “Seeing the rocket launcher being used by a large company really sparked my interest”, whilst Connor Hunter commented, “ I was always interested in aerospace, but the rocket launch made me realise that space is much more accessible and local than I thought,”

Space Tech Expo provided the opportunity for both students to explore aerospace career options and to make valuable industry contacts. All of the companies they approached during the three day event were impressed they had made the effort to travel to Bremen, and were happy to provide advice and guidance regarding possible career paths.

“What we found at Bremen was incredible; we had never even heard of some of the companies that are building orbital vehicles, so the visit really opened our eyes to some brilliant career possibilities. Everything was there, from caballing on space crafts, to the composites from which they are manufactured”, commented Joe Veriod.

Connor Hunter added, “There are so many people really pushing the boundaries. We meet companies making aluminium-silicone alloys which, because they are lighter than aluminium, will make for much more efficient space exploration.” .

After receiving the students briefing on their return to Norwich, UTCN Headteacher Alex Hayes said:

“I believe their time at UTCN has given both students a strong understanding of aerospace which, along with a good level of work experience, will assist them as they progress to seeking university places and degree level apprenticeships in aerospace and advanced engineering.” 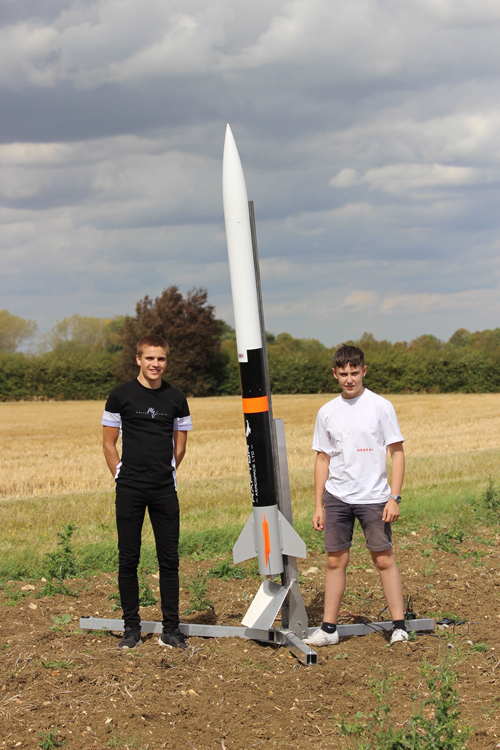