A Norfolk college is seeking to plug a skills gap to avoid the ‘tragedy’ of local young people missing out on a jobs boom from major hi-tech projects in the region.

Construction of Sizewell C, offshore wind power and the new Lotus factory are just some of the schemes that look set to create an engineering employment bonanza. 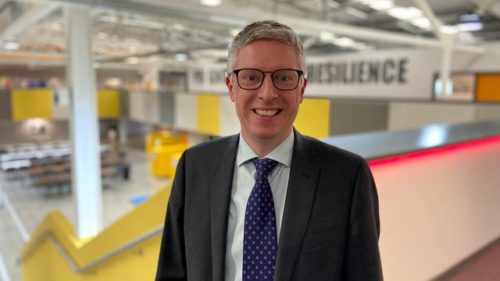 “It would be an absolute tragedy if these jobs right on our doorstep were filled by people from aboard,” he said.

UTCN, attended by 380 students aged between 14 and 19 who travel from across Norfolk, is part of the university technical colleges scheme launched by the government in 2014 with the aim of educating the inventors, engineers, scientists and technical specialists of tomorrow. 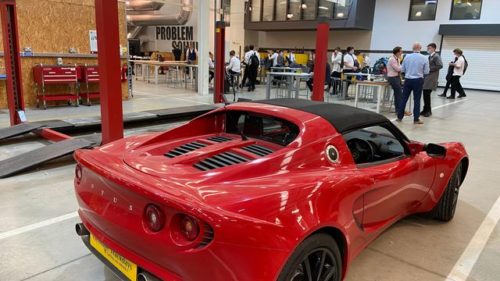 UTCN campus in Norwich which involves a Lotus as a centrepiece. – Credit: Simon Parkin

Looking like a cross between a college and a factory floor, its Norwich base on an industrial estate off Hall Road  see students studying for GCSEs, A-levels and other qualifications in technical and scientific subjects delivered through a blend mix of classroom and practical learning in conjunction with employers.

“What we do is really simple. We ask employers what they want, we deliver it and that means our students are all massively employable,” said Mr Hayes. “Many schools don’t have that conversation.”

Not many schools have a Lotus that students use for practical lessons as a centre-piece to its classrooms, but UTCN also boasts hi-tech equipment for everything from welding and soldering to 3D printers, plasma and laser cutting to electronic circuit building. 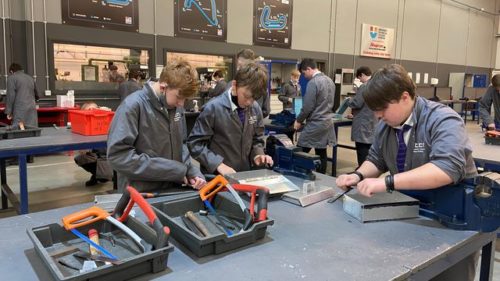 Students learning engineering skills with a project to make tool boxes as part of their studies at UTCN in Norwich. – Credit: Simon Parkin

“What we do isn’t just the skills, it is also just as importantly about the careers guidance. Young people don’t know what the opportunities are out there,” said Mr Hayes.

“We are just responding to the local labour market. Lotus used to employ 25 engineering graduates every year but they used to come from all over the country and a high percentage used to leave after two years.

“Graduates are footloose but if they employ a local young person they are far more likely to be loyal and stay and that is a huge advantage for employers.”

Not all young people wanted the traditional route from school into university with many looking towards the college’s close links to employers as a quicker and cheaper way into skilled jobs. 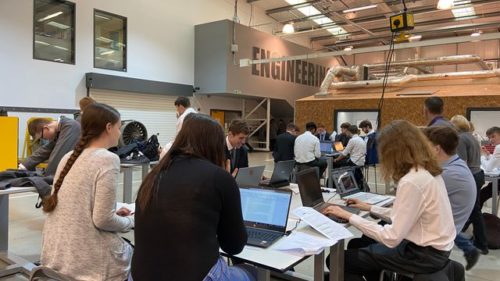 UTCN students have a bland mix of classroom and practical learning, much of it involving employers. – Credit: Simon Parkin

Half of UTCN’s Year 13 students in 2019 went on to apprenticeships with the likes of British Airways, KLM, Lotus, the RAF, the Royal Navy and construction firms like Morgan Sindall and Taylor Wimpey.

Another 40pc went into further education at colleges and universities, often supported by employers, while 10pc gained full time jobs with firms ranging from Aviva to GM Hydraulics.

Sophie Skipp, UTCN employer engagement coordinator, said: “Employers are talking to us all the time. We are an engineering specialist and we have that link with business and there just aren’t enough young people training to be engineers. 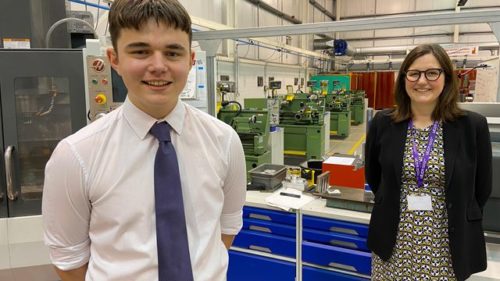 “For students who want to be civil engineers there are tonnes of exciting opportunities. One of our students has just been offered a job with Farrans Construction that is £21,000 a year at 18.

“He will be doing a degree that they will pay for him and he will come out of it with four years experience on a real job, working on the Gull Wing bridge project at Lowestoft.

Another of our ex-students is working on the Norwich Castle project with Morgan Sindall. That is the project of a lifetime. For bright kids who are practical there are so many opportunities.” 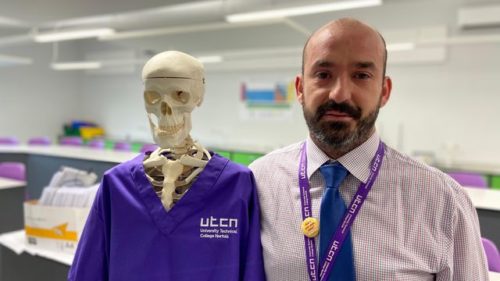 The college has just accepted the first students on its new Health Futures two-year applied science in response to skills shortage in the local health sector.

Head of science Mark Vinters said: “I’ve worked in schools where the focus has been on sending students to university. They have a degree but there are many graduates, whereas here there are those links to industry.” 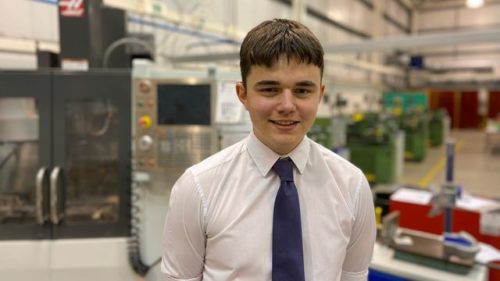 UTCN Year 12 student Jack Kershaw, 16, who is studying physics, engineering and business, transferred from Notre Dame High School in Norwich where he was good at sciences and maths but struggled with English.

“Here there are smaller classes and it is more tailored so I had a tutor to help me,” he said.
“We do loads of practical work and have worked with lots of employers to learn how to use different machines. We get to use cutting edge technology.”

As part of his studies he has done projects with Anglian Water designing a waste treatment plant in King’s Lynn and Morgan Sindall finding products for renewable buildings. 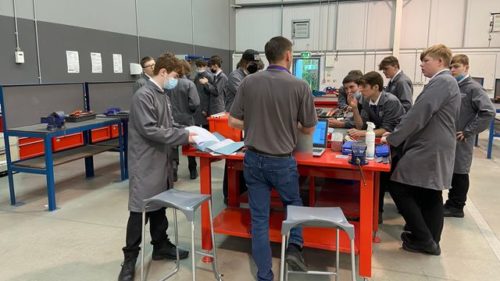 Students learning engineering skills as part of their studies at UTCN in Norwich. – Credit: Simon Parkin

He said: “I want to go into construction engineering, design and management, because I like architecture. But I never really wanted to go to university so I am looking more at the apprenticeship route. That is what this school is great for because you get loads of contact with employers.”